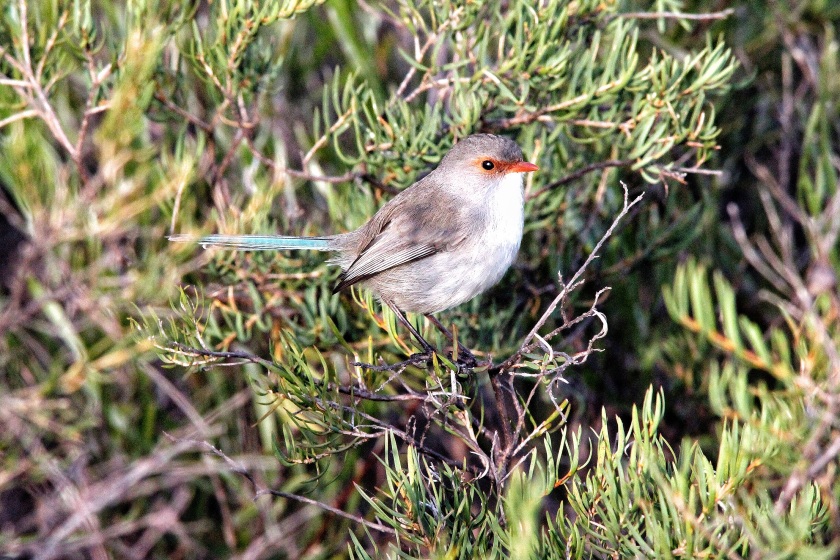 When in the Australian bush, most people have visions of marsupials and reptiles in their mind. Understandable, however, the feathered inhabitants of our reserves and parks often get overlooked, and this is a pity regarding the fact that their number and diversity are far greater than those of mammals and reptiles combined; and with around 150 different species there is an impressive number to tick off!

The biggest and noisiest birds are fairly easy to spot and identify, however, the majority of birds are small, move around rapidly and are hard to see and recognise. This certainly goes for the splendid fairy-wren; not so much for the blue males in full breeding plumage, but for the plainer, brown-coloured females and non-breeding males. Add the fact that five different species live alongside each other in our local bushland and you’ll get an idea about how complicated identification can be. 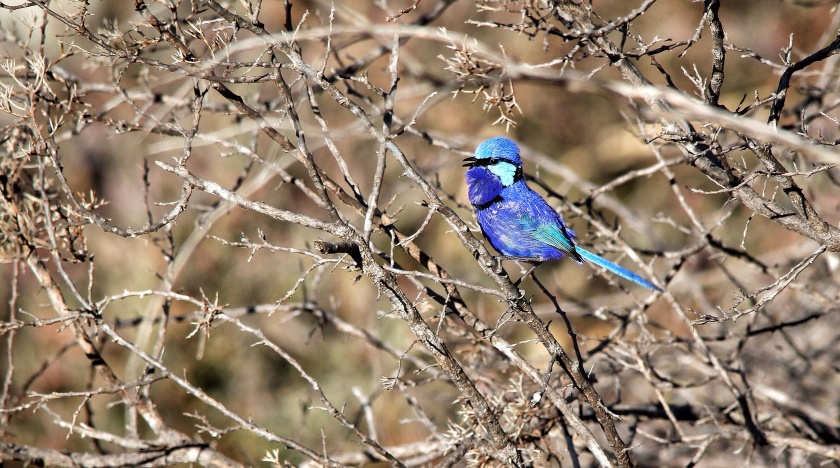 When several species are around in an area, useful clues can be given by the colour and plumage of accompanying males or the repertoire of songs. However, out of the breeding season males shed their colourful feathers and moult back to a brownish plumage, so what often remains to determine sex and species are subtle differences in the colour of tails, bills, eye-rings and so-called bandit masks.