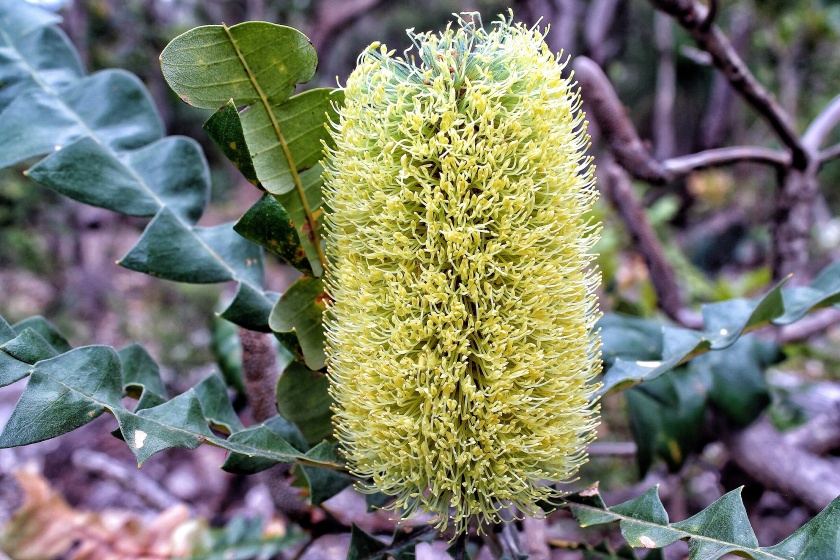 Only one look at the flowering spike of the Bull Banksia (Banksia grandis) and you know why the Nyoongar season of Birak was sometimes called the ‘yellow season’. During the hot and dry summer months these Poolgarla spikes where collected for their nectar – either sucked directly from the flower or steeped into water to produce a sweet drink called mangite or mungitch. An account from famous botanist John Drummond (1839) states that ‘the natives, men, women and children live for five to six weeks particularly upon the honey which they suck from the flowers of this fine tree’. In the Diary of George Fletcher Moore (1884) the production of mangite was described as ‘this was done by lining a hole in the ground with paper-bark, filling it with the spikes, and then covering these with water and leaving them to soak’. Consumption of this slightly fermented drink in large quantities could eventually lead to intoxication – a possible explanation why during Birak there would be large gatherings of Nyoongar people participating in mangite drinking parties.

On a walk through Beelu NP I noticed a considerable amount of mauled spikes had fallen off the trees – a sign of nectar-loving Black Cockatoos nearby. Hopefully I’ll be back with some good shots soon! 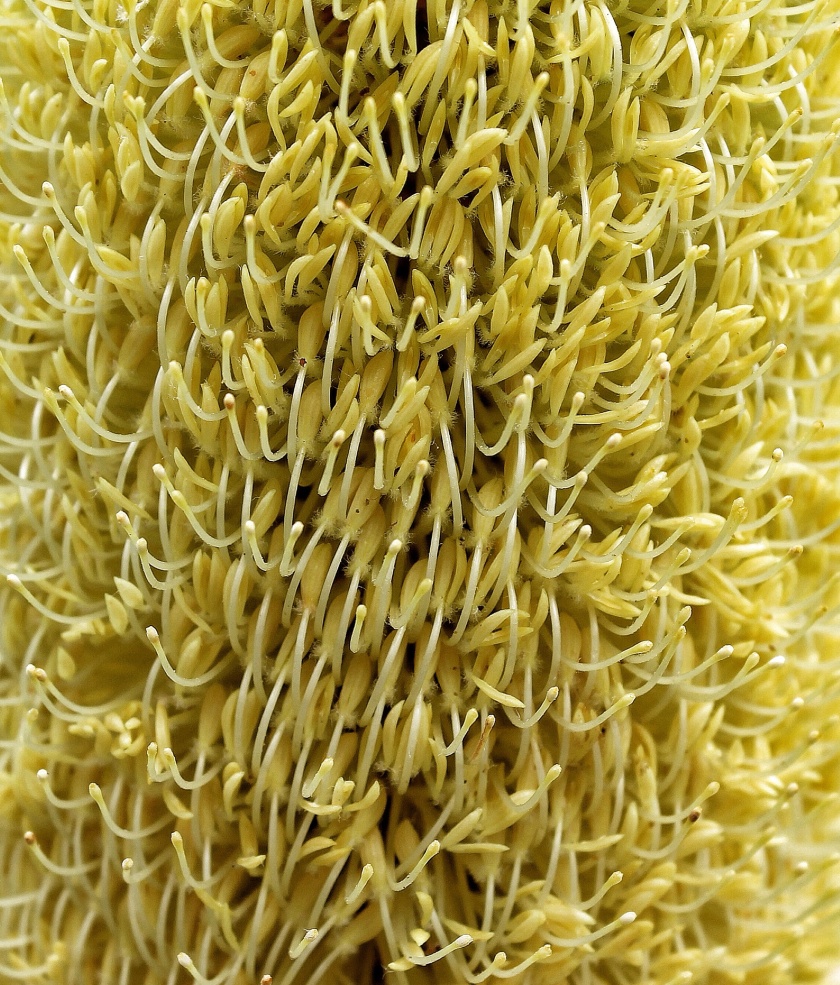