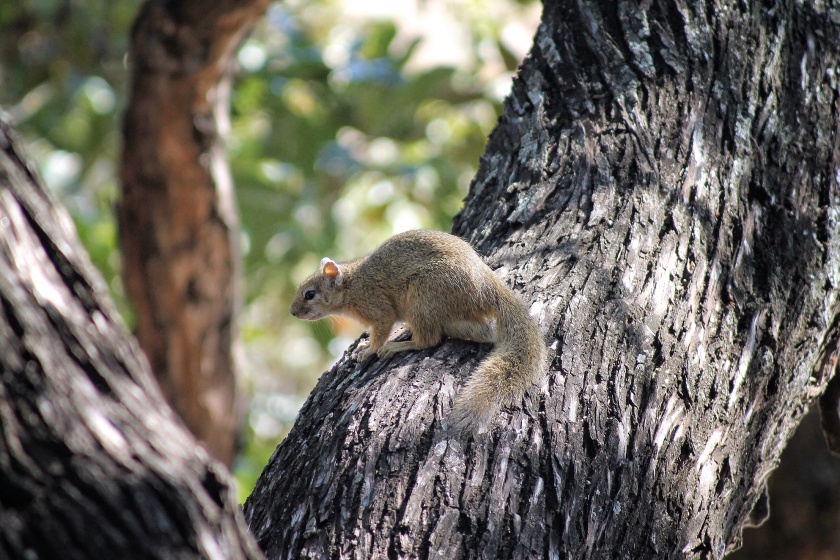 Lately, I came across an entertaining African folktale in which Squirrel asks his brother-in-law Rabbit to borrow him his beautiful fluffy tail. First Rabbit refuses, but after a few days of pleading he consents. Squirrel puts on Rabbit’s tail, promises to bring it back in eight days time and then goes home.

Rabbit waits in vain for Squirrel to return his tail, and after eleven days he decides to claim it back. When Squirrel sees Rabbit he quickly jumps in a tree, laughs out loud and challenges Rabbit to climb up into the tree if he ever wants to see his tail again. Ashamed of losing his tail Rabbit goes away and spends the rest of his life living in the tall grass.

Look out for these arboreal rodents chasing each other in Kruger’s rest camp trees – and think about how poor lonely Rabbit lost its tail.